Upon entering The Hollow Tombs, take note of the first room with cages. Continue down the hallway until you reach the next room with cages. Immediately turn left to hit a Suspicious Brick next to a wall torch. 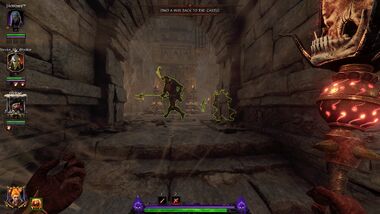 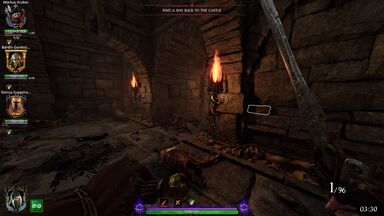 Return to the hallway you came from to see a hidden room that has been revealed. In Magister's Nook, the first Tome will be by the gargoyle statue and Goblet. 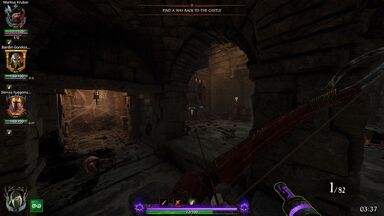 Past The Blood Fountain will be a large room with a locked Chest in the middle of the lower floor. Ignore it for now and go down the hallway on the other side of the floor you're on. 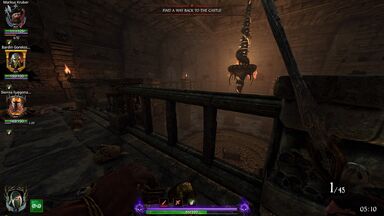 At the end of the hallway, take a left to enter a side area and jump across the gargoyle statue to a skeleton with a Key nearby. 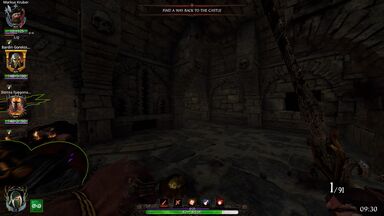 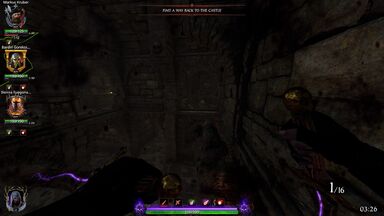 After picking up the key, head back to the locked chest to obtain the first Grimoire. 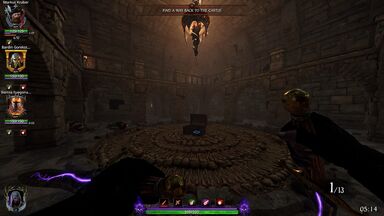 After clearing the path with the Explosive Barrel, continue until you see an open door on your left. Head through the door into The Enchanter's Cellars. 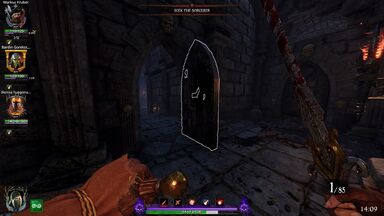 Once inside The Enchanter's Cellars, head to the back of the room to find the second Tome on a table with candles. 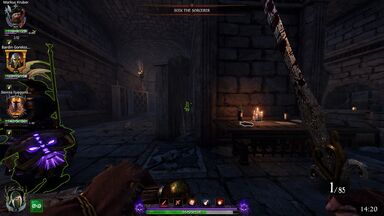 Before the next point of no return by the pile of stone rubble, head towards a room nearby on the left of the rubble marked by a skull on the top of the doorway. 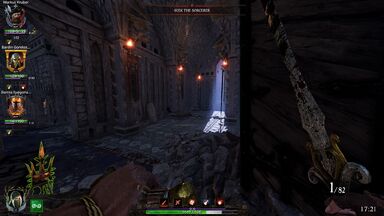 Jump from the chest to the flipped table in order to grab another key on the small pillar behind the table. 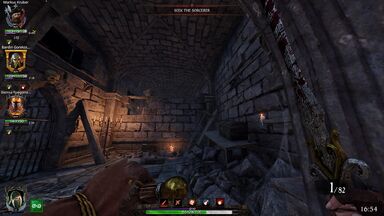 Go down the other hallway in the nearby room to open a locked Door. 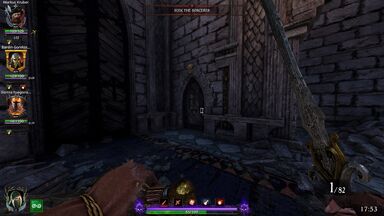 Continue through the Scriptorium until you reach the Ransom Cells. Go through the hole in the wall at the top of the stairs and the second Grimoire will be on a table to the left of the hole. 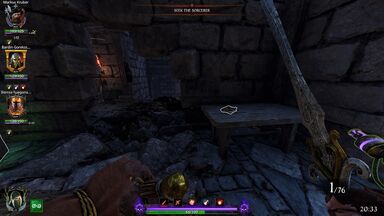 In The Lost Archive, the third Tome will be on the other side of the room, under the arched wall pillars in the middle. 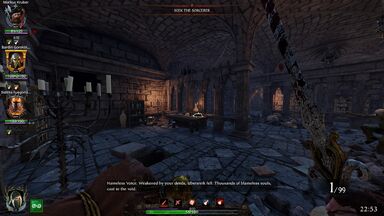