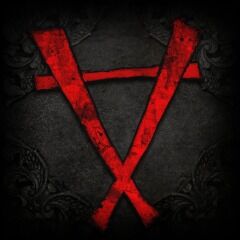 Skaven are a race of humanoid ratmen and are, alongside the Rotbloods, the primary antagonists encountered by the Heroes throughout the course of Vermintide 2.

Skaven have a rat-like appearance, which includes fur, claws, a snout and a tail. The colour of their fur (brown, black, grey or white) dictates their status in society (see below). Skaven have glowing red eyes which can be seen in the dark. They walk on two legs, apart from the Rat Ogre, which uses its fists as well. Aside from these general features, Skaven can differ significantly in physique. Both Clanrats and Skavenslaves reach a height similar to that of Dwarfs, the difference being that Skavenslaves are mostly bald. Stormvermin are larger, stronger and have black fur. Furthermore, Skaven are known to breed gigantic Rat Ogres, which are enormous in size and are covered in stiches and bald spots. The even further enhanced Stormfiend has metal and weaponry melded directly with its skin and carries a small, bald Skaven with a big head on its back, though little more is known about these "Stormfiend brains".

In the Old World of Warhammer, Skaven speak "Queekish". For gameplay purposes however, the Skaven of Vermintide 2 speak the common language and the players can understand them. Though Skaven are intelligent enough to speak, they do so in a simplistic manner and have a tendency to repeat words or add a related term to a word (e.g. kill-kill and die-kill). Their tongue is also littered with squeaks and trills.

Most advanced technology of the Skaven is powered by a chaotic material called Warpstone. Clan Skryre mainly focuses on putting this material to use and is responsible for most Skaven machinery seen in Vermintide 2. One of the greatest achievements of Skaven engineers is the creation of the Skittergate, which allows huge hordes to instantly cross huge distances. Clan Fester uses one of these gates to transport the Rotbloods from Norsca to Helmgart.

Skaven society is hierarchical, with individuals moving up and down the ladder depending on the color of their fur. The lowest rank is made up by Skavenslaves, which are the weakest Skaven, used as menial labor and cannon fodder in battle. Above them are the Clanrats, which are clever or strong enough to keep from being bullied down into slavery but do not have any significant features to make them stand out. The rats of these ranks have have brown fur and make up the bulk of the Skaven horde. Rats with black fur are recruited into the ranks of the Stormvermin. These elite warriors receive special care and training, which makes them larger, stronger and more intelligent. Skaven with grey or white fur are considered chosen by the Horned Rat and are elevated to the highest rank in society. These rats are often much more intelligent and act as leaders and councilors for the different Skaven Clans.

Skaven band together in huge clans, which dictate the goings-on of the Skaven race. Clans engage in a brutal rivalry, with bigger clans dominating smaller clans and beating them into submission. The Skaven seen in the Vermintide series belong to Clan Fester, which is submissive to Clan Pestilens, though they have bolstered their ranks with rats from other Clans. The 13 strongest clans hold seats in the Council of Thirteen, with four clans holding the highest position: