< Hunger in the Dark
Edit

In The Backfill, when you see the wooden wall (leading towards the Cart), there is a tunnel just to the left. 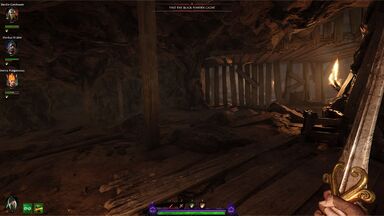 Enter the tunnel and turn left, then right. The first Tome is at the end of the tunnel by a pool of water. 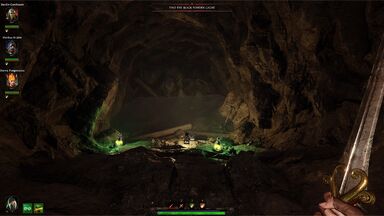 In order to get the first Grimoire, you will need an Explosive Barrel. In the mineshafts before the Grimoire two barrels can be found at different locations. Alternatively, when you escorted the cart to the first stop, there were four barrels, but you only needed to put three into the cart. You can bring the fourth one with you for the same task. 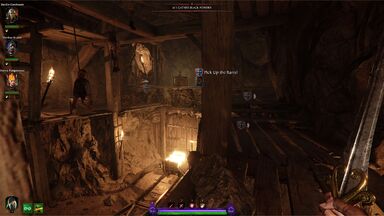 After the cart gets away from you and the tunnel collapses, you will end up at a T-section. Either take the left or right side (but do not take a ladder upward), as they both end up at the same intersection at the other side of the collapsed tunnel. Here one of the additional explosive barrels can be found. 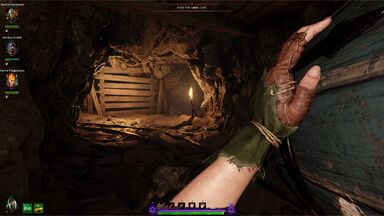 Continue along the path and take a right. When you're near the wooden wall at the end of the right path, you will see a prompt to place the barrel against the wall (only if you are holding it). 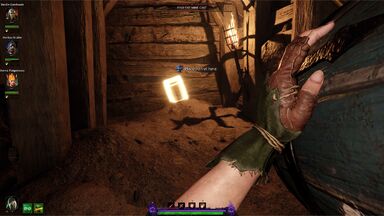 After blowing up the wooden wall, walk through the tunnel and climb up the ladder to your left. Collect the Grimoire lying by a marked crate. 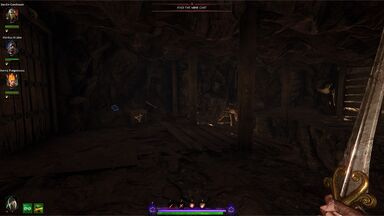 In The Transfer, before the cart stops at the base of the ramp. The second Tome is in a crate concealed by darkness. The cart is sitting by the Lever in this screenshot. 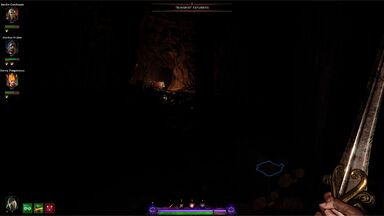 Once the cart barrels through some doors and then over the cliff to the right, you will turn left and enter Charnel Hollow. There is a small hole in the wall to the right of this cave (check screenshot). You will need to jump up a little and crouch to get through. 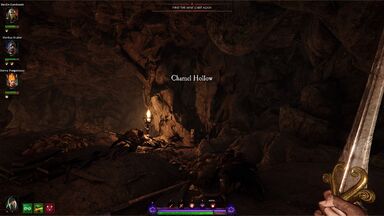 Head up the ladder. 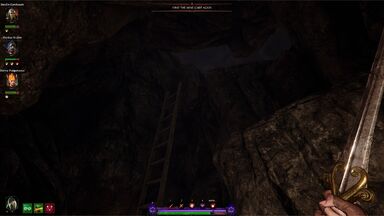 At the top of the ladder, look to the right. Jump up the rocks to get over to the ledge. 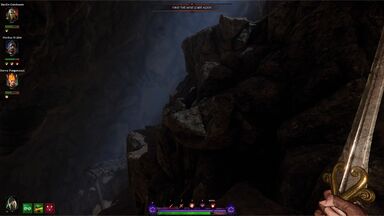 When you see a lit Ammo Box, scan the right wall for a small hole hiding the second Grimoire. The hole faces toward the ammo box, it might be easier to find it coming back the way you came after reaching it. To get back to the cave you can jump from some ledges near the ammo box. 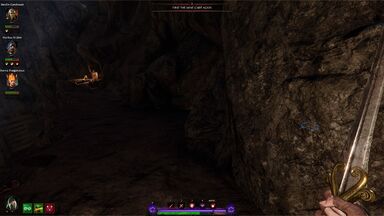 In The Old Troll Grounds there is a raised rock formation in the middle of the room. Jump onto the stalagmites next to the torch, then across a gap to the third Tome. 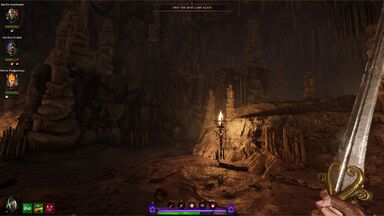 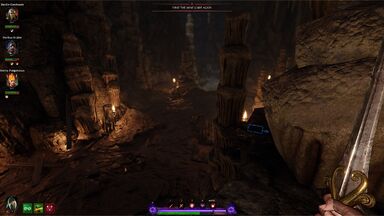