Helmgart, together with its surroundings, is the main location of Vermintide 2. It is a devastated town, caused by the invasion of the combined Skaven and Chaos forces. The center of town has completely collapsed due to the extensive labour on the Skittergate and its surrounding infrastructure.

Helmgart was an Imperial fortress and market town nestled in the Grey Mountains. Before the events of Vermintide 2, Bretonnian merchants could be found selling brandy, wine, fabrics, and arms; Dwarfs selling ingots of silver, lead, and iron mined in the Grey Mountains; as well as Reiklander merchants selling the goods of that province. There are Dwarfen ruins close by in the mountains and the valley below the town is littered with both acres, swamps and forests with old Elven temples. 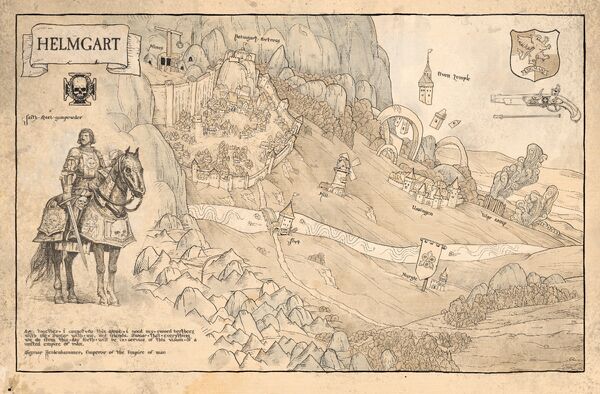