SNORE ON THE ROSES[]

Before reaching the first large open graveyard, there will be a tomb on the right which you can enter. Inside the tomb is an open coffin, lined with flowers. Simply stand inside this coffin for around 30 seconds, until the challenge complete sound plays. This is not a party challenge, each player will have to do this individually. 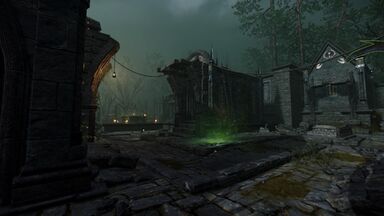 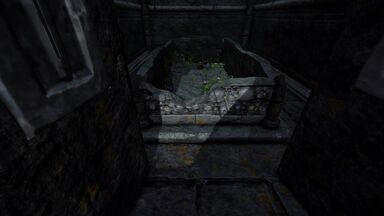 The way to complete this challenge is simple: the party needs to split up and each player needs to make his way to one of the four chains. Once everyone is in place and has the space to break the chains, all chains need to be destroyed simultaneously. Communication is key, and it is advised to make the player with the lowest DPS do the countdown and start, since it will take longer for that player to destroy the chain.

Legend: Cut down all Cauldron Chains within 5 seconds of each other on Garden of Morr

Similar to CHAINBREAKER, but on Legend difficulty. Make sure everyone has cleared the area so players won't get downed by Elites popping up. Completing this challenge will also complete the regular CHAINBREAKER challenge.

Find Grandmother Zingler's Bones and Lay Them to Rest

When leaving the starting area and heading down the set of stairs to ground level, look for a wall to the left which you can jump to from the top of the stairs. Run along this wall until the end, then jump across to the tomb with wooden planks forming a walkway around its roof. From here, jump across to a pillar, then to the external graveyard wall. Grandmother Zingler's bones can be found in a crate here. 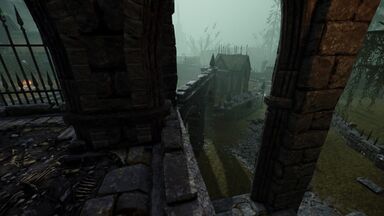 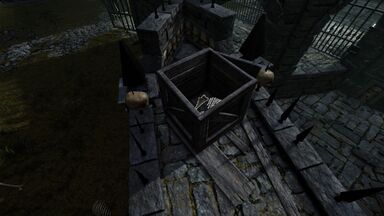 After picking them up, continue the level as normal until the drop down into the trench area ("Peasant Hill"). Shortly after arriving in this area, there is a side path to the left with a ladder. Ignore the ladder and head just past it, where there is a freshly dug grave with an open coffin. Place the bones in the coffin to complete the challenge. This challenge will be completed for the entire party as long as one player completes it. 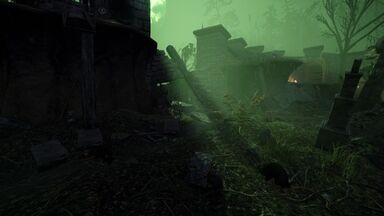 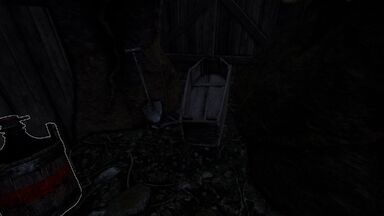