Expeditions is a new gamemode added by The Chaos Wastes DLC. Expeditions differ from the adventure by being a rogue-lite mode featuring Chaos Wastes exclusive locations. A single Expedition will span across several locations, some of which may be influenced by the Chaos Gods. The Heroes will need to make choices along split paths that could mean the difference between life and death.

To begin your Expedition into the Chaos Wastes, enter the newly constructed doorway to the Pilgrimage Chamber.

You will progress through an Expedition by deciding which paths to take. Miracles and Boons can be earned, and Weapons can be discovered and upgraded along the way. You will begin an Expedition with your existing hero Talents. Along the path, opportunities will arise to obtain new Talents, Miracles, and Boons in addition to your existing abilities. Miracles, Boons and weapons will not persist from one Expedition to the next; however, some of your Pilgrim’s Coins will. You must complete one full Expedition in a single play session in order to progress. You can return later to do another Expedition. 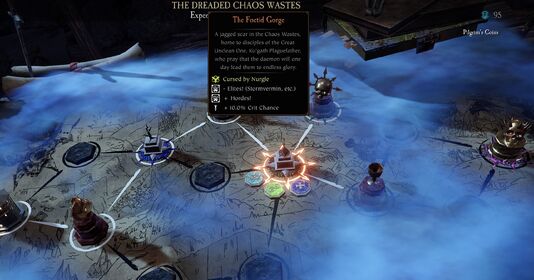 This is the screen in which the path of the expedition can be laid out. Players vote on which branch of missions to follow in Holseher's Map for a total of 7 stops (including shrines) per expedition. The enemies found in each mission vary, and any curses or effects are displayed over the map icon in the expedition map.

When looking at which map you and your party want to venture into, you can hover your mouse over and see a bullet list containing the following information:

There are 12 maps and 4 arenas one can encounter in an expedition, they are as follows:

There is a few possible map modifiers you can get when choosing your map. The informations shows if you get LESS (-) or MORE (+) of the subject in question. And the different modifiers are;

Upon completion of the map you will receive a reward, which can be:

The Chaos Wastes is a cursed place. Some locations are influenced by its current ruler. You must be prepared to face an additional cursed challenge when embarking on an Expedition.

When choosing the expedition, it will say if that particular journey have been cursed by one of the four Chaos gods. The curses follow the theme of the god that have cursed the journey, and are as follows.

Uncorrupted Shrines can be discovered in the Chaos Wastes. At these Shrines, heroes can seek the favour of wholesome Gods in the form of Miracles and Boons by sacrificing Pilgrim’s Coins.

You can choose to buy from five different boons and 3 miracles that are defined by the type of shrine you are visiting.

The different shrines are: 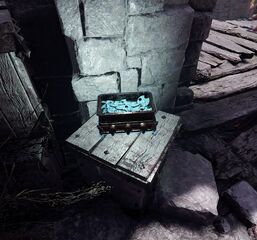 Pilgrim’s Coins are a unique Chaos Wastes currency that can be traded in exchange for Boons, Miracles, or weapons along the path. You can only earn and spend Pilgrim’s Coins during an Expedition. Bots cannot use Pilgrim’s Coins, but as a player, you will be able to spend an extra amount of Pilgrim’s Coins yourself. 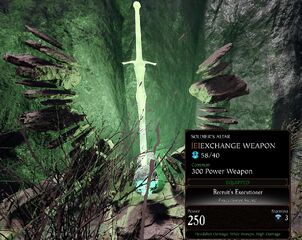 Waystone Altars are locations at which Boons can be purchased, and weapons acquired or upgraded. They are accessible through sacrificing Pilgrim’s Coins. The more Pilgrim’s Coins the Waystone Altar demands, the more powerful the weaponry found within. Altars uses are personal, meaning all players can use the same Altar.

There are 3 different weapon alters that can be found:

Quality of Weapon Alters and their costs[]

Additional challenges can be discovered on an Expedition by means of a rare Chest of Trials. Opening such a chest will draw the attention of a Monster. Defeat the monster will allow you to claim the reward in the form of a boon. You can choose one between three choices of random quality. 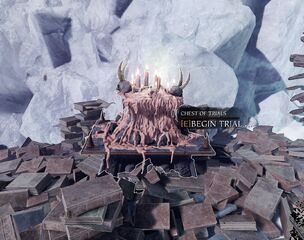 The following Potions are unique to The Chaos Wastes: 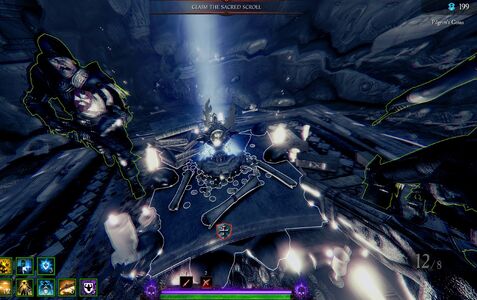 Defeat the final arena to claim the sacred scroll. If you successfully survive your Expedition, you will earn both experience and multiple Chests as a reward for your efforts.

New, unique Portrait Frames reflective of the Chaos Gods can also be earned by defeating the respective God’s Challenge.