As you enter the Encampment, from where you dropped down, continue straight to the opposite side of the area. You should find a path leading up on a higher ledge, where you have to jump to the other side to find the tome in a box. 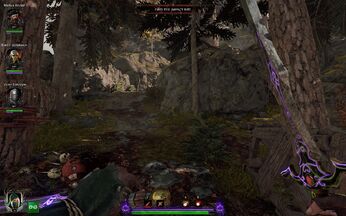 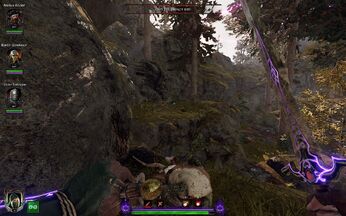 After the ambush event, drop to the next area, turn right and keep to the rightern wall to find a cave. You'll need an explosive barrel to blow up the wall at the back of the cave in order to get the Grimoire. You'll also end up in this cave when going through the "Off the Beaten Track" Okri's Challenge. 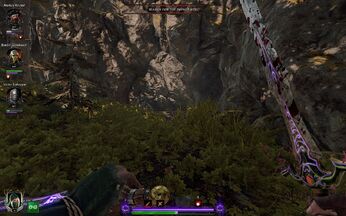 After dropping down and seeing the vortex caused by the meteor, there is a clearing after another drop, before dropping down again and crossing the chasm via a fallen tree, there is a cave on the left side hidden behind some shrubbery on a large open space. You'll have to jump over the small ledge to get into the cave, where the tome is on the floor. 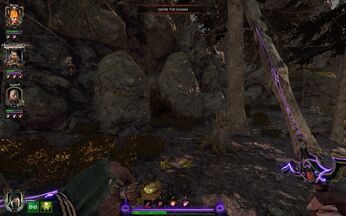 After you've crossed the chasm and enter the destroyed forest, after you make it out to the open, you want to turn right and follow the wall to the second broken building towards where you came from. 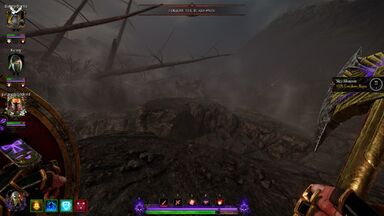 Jump inside the building, and the Grimoire is on the floor next to the window with the corpse hanging from it. 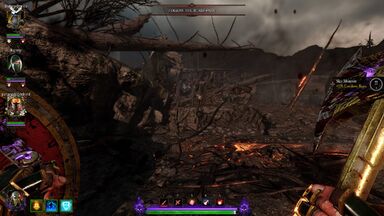 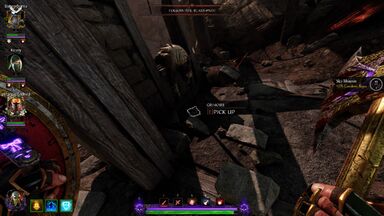 When you make it closer to the crater and climb up some steps that lead you up the crater, on the right there are few ledges you have to drop from higher up. The tome is on the lower ledge.