Illusions are a cosmetic enchantment sometimes found on Weapons. A Weapon with an Illusion will display a unique weapon skin. Each weapon type has several Illusions. You can examine the appearance of your weapon by pressing Z by default.

Illusions can be removed and applied to other Weapons of the same type. For example, Bardin's Great Axe can have several specific Illusions that only apply to that weapon.

Each character has two basic illusion types (For Bardin it's "Beardling's" and "Warrior's") for each weapon, and then several unique named illusions. There are several illusions that only appear on Red weapons, these have unique names and are usually more impressive and usually have a teal glow in the details. (Note: Veteran weapon skins for non-DLC weapons can only be obtained via opening vaults/chests and cannot be obtained from upgrading them with Bright Dust; this does not apply to some DLC weapon skins, which can be obtained from Okri's Challenges)

Some illusions currently appear to be the same as the default skin, and some share the names of default weapons. It is unknown if this is a bug.

Portrait Frames can be acquired promotional material such as the Collector's Edition Upgrade. They are rewards for in-game progression. An equipped frame is visible around your character's portrait. Portraits must be equipped on each career individually, but they can be used by any hero or career. 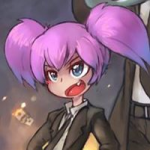 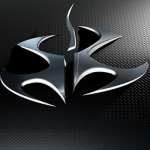