Rich raiment of a wizard in service to Emmanuelle von Liebitz of Nuln. Not worn by the faint of heart.

The gold filigree on black glitters, metallic, in the light.

Obtained by completing all missions on Legend difficulty as a Battle Wizard.

Official garb of a witch found guilty of minor infractions, and offered the chance at penance in the Elector Count's service.

Obtained by completing all missions as Battle Wizard on Champion or higher difficulty. 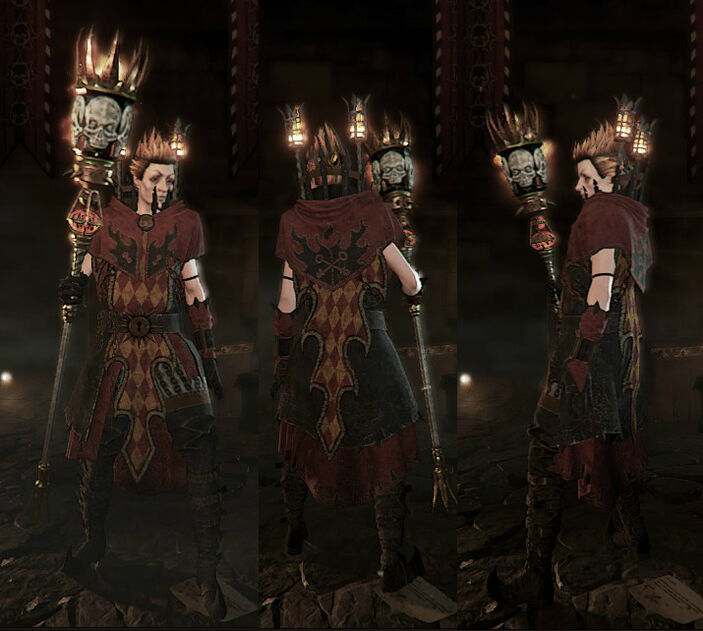 Granted to Sienna in recognition of her deeds in Helmgart. Originally green, but forcibly re-dyed so "I don't resemble a muck-grubber of the Jade College, darlings."

Obtained by owning the Collector's Edition. 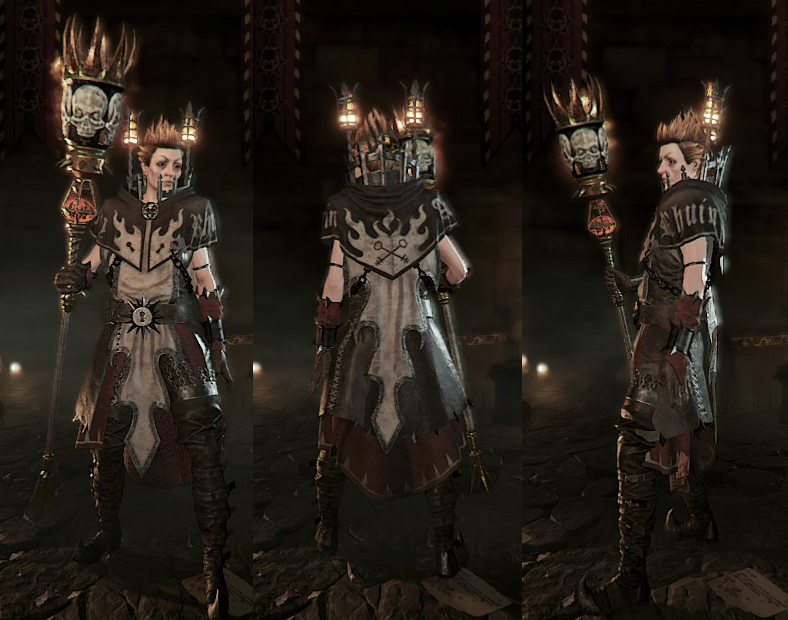 Unfortunately for Sienna, many of Ubersreik's poorly-informed survivors took to blaming her for the fires that swept the city, when this was only part-true. 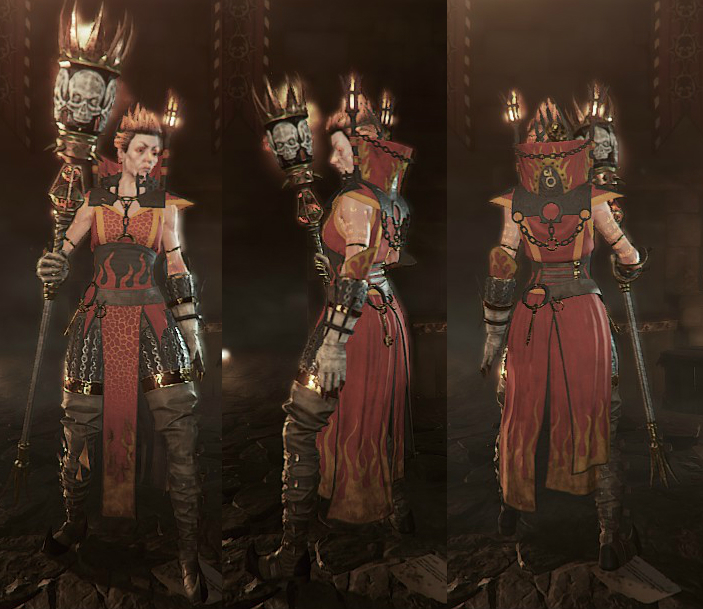 Robes of the Bright Order[]

Sienna's official robes. Typical of an accomplished alumnus of the Bright College. 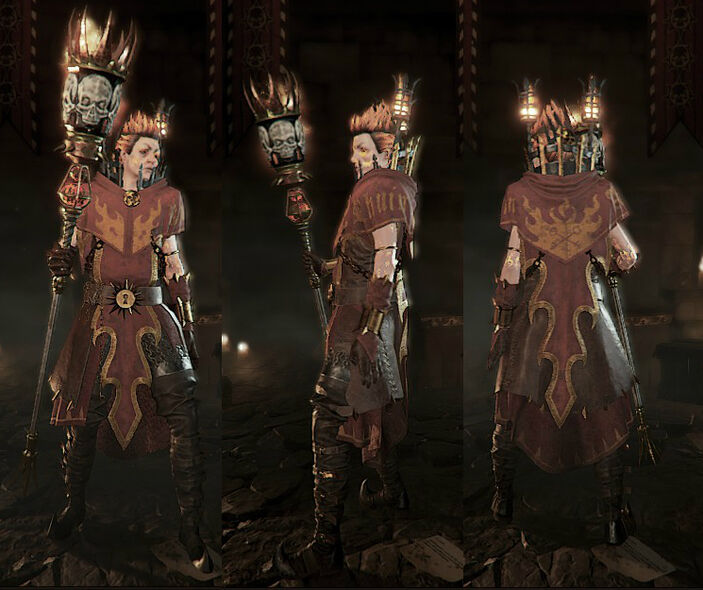 Robes of the Faded Flame[] 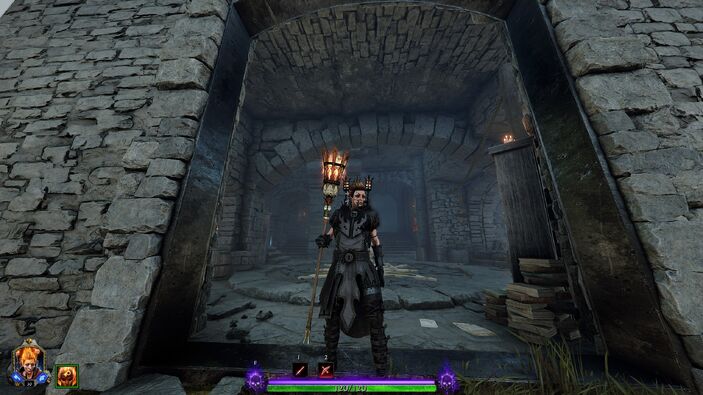