The Ubersreik 5 are heading out to try relax in peace and quiet… Hopefully. 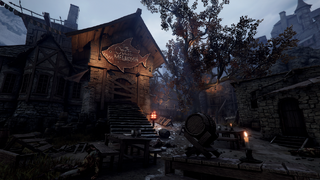 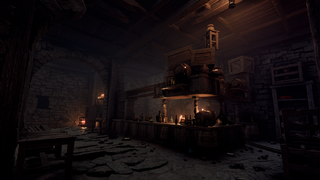 After attempting to enter The Hungry Troll Tavern the Heroes are attacked by a Horde. After a brief period a second Horde attacks containing multiple Chaos Warriors.

While trying to reach a cask of Bugman's XXXXXX the heroes cause a stack of crates and barrels to collapse alerting a nearby horde. A fight ensues on the ground floor during which time a fire has spread due to a lantern that was knocked over below the Bugman's. Eventually multiple chaos warriors join the fray and the fight leads upstairs. Not long after a group of Plague Monks are finally killed, the chandelier breaks off and falls through the floor into the wine cellar creating an escape route. After rolling a large Wine Tun out of the way, the heroes escape via the Bridge of Shadows.